German is brought up in comedic blog posts or tweets because of its ease of forming compound words. I don't speak German, but this seems like a rich environment for word creation, and if some weak variant of the (admittedly somewhat disproved) sapir-whorf hypothesis is believed, then Germans may have a richer way of thinking than English speakers in many areas.

We can't overhaul the english language to give us the power of the German komposita (though changing English might not be so hard, as it seems to be good at least at borrowing words ). But let's pretend for a bit that we could form expressive words on the fly. What territory would be ripe for new words?

How about "work"? A thesaurus can show you a lot of synonyms with various connotations: With "labor" we think of manual work. "Toil" strikes up images of bald children sweating out tainted milk in a mine or mill. "Grind" suggests something repetitive but with a good outcome. "Craft" paints an idyllic scene of a glassblower who left his tax lawyer job to make beautiful vases in a small town.

"Work" is vague, and everyone works. Aisling McCrea gives one case (of many) where "work" isn't expressive enough. There's a lot of bragging about working hard, but 12 hours of "strategy" meetings that consist largely of acting out status and competing on who can better use the provisional, responsibility-evading language of middle management is not "hard". Not in the same ways that tamping soil, cleaning high school toilets, or reviewing facebook uploads for explicit content are "hard".

In the spirit of Komposita, some thoughts about nuances on "work" that would serve us well in expanding how we talk about it.

Some work is hard because you hate it. Stoic philosophers Epictetus (in The Discourses) or Marcus Aurelius (in The Meditations) might suggest choosing your attitude in such circumstances -- your choice whether to hate it or not is within your contol, they might say. They also might say if you feel you have some freedom to get out of the situation you can also exercise that to reduce your suffering there.

Some work is hard because it's drudgery. The communitarians of Ursula Leguin's The Dispossesed used the word kleggich for this. If you like building robots or writing plays, then baking might fit the bill here. The frequent sibling of repetitious work is work that's physically difficult. Laying railroad ties by hand, certain aspects of being a car mechanic. And something that has historically compounded the difficulty of physical labor is an exaggerated form of another type of work: work that's hard because you know someone is profiting disproportionately from it, or without doing work of their own. That's historically the capital owner -- the landed person who owns the buildings and equipment and hires out the labor and even the management. This has spread into a lot of white-collar jobs over the past half century as the chasm between the pay of middle and upper-management and the average employee widened at an increasing rate.

Work may also be hard because of the problem type. The problem may not yield easily because it's in uncharted territory. Take proving a new conjecture, or creating an electric car company. Or, problems that don't yield easily because they've been obscured, or require a lot of resources. These are things like intelligence gathering and analysis, or launching a new product (cheap and fast fingerprick blood diagnostics, large screen e-ink displays, and other things whose creation takes a lot of new raw material and economies of scale).

There are yet other intellectual problems that are artificial. Contrast the earlier suggestion of proving a math conjecture with trying to code allocation of a resource in the cloud (Amazon, Google, Microsoft etc). With the former, you'd shed sweat to get to something that gives intellectual fulfillment, advances an artistic and creative endeavor forward, and may be picked up for practical use in the near future (like how Lobachevsky's strange geometry became crucial for physics and cosmology). With the latter, you hunt through a nest of fair-to-poorly documented syntax to find something that someone already knows how to do, is propietary, and is likely to be duplicated effort. Amazon, Google, and others each have their own syntax to do mostly the same things, and those same tasks are being done in multiple companies that feel they can't share those tasks, or are unaware. That's artifice. On the one hand, endeavor, and on the other, artifice.

Earlier this year, Andrew and Evelyn Yang brought attention to the idea that hard work is not tied to income. This idea seems to have come into further relief in the time of coronavirus disease, with US congresspeople from both parties endorsing some form of basic income (at least temporarily), and The Pope gave a tacit endorsement too, referencing people "who multiply loaves of bread in soup kitchens: two onions and a package of rice make up a delicious stew for hundreds of children.” And as representatives designate 'essential' and 'nonessential' services we see that tasks can be difficult, yet lowly compensated.

How about a few new words that combine some of the different dimensions?

Thinking of new words for 'work' that encapsulate many more dimensions, I'll propose a few.

Intellectual labor that creates wealth, accompanied by satisfaction, toward creation of a practical physical product, that inspires robustness, virtue, and dignity in the doer, toward goals set by the laborer and community, done in deep uninterrupted periods, done collaboratively, where collaboration is asynchronous, and that advances the doer toward further mastery.

An an antonym or near antonym:

Intellectual labor that a worker does to meet some basic material needs, that's drudgery, which produces an intangible product of questionable or no use, which physically degrades the doer, is repetitious, possibly degrades mental function, toward goals defined somewhat arbitrarily by disconnected people, done shallowly, in a synchronous collaboration context, requiring moderate mastery but with a low upper bound on personal growth since it addresses artificial or constructed problems.

Physical craft that simultaneously creates sustenance and fulfillment, requires 'thinking with the body' as discussed in Matthew B. Crawford's Shop Class as Soulcraft, may take a physical toll on the body, often done independently or as part of a small group or guild, in periods of uninterrupted focus, inviting an ongoing quest for mastery, where craft knowledge is often passed by example, orally, and by experimentation, and which creates or maintains physical goods that often meet basic daily needs.

Some final questions to differentiate more what we mean when we say 'work', and perhaps serve as prompts for new more precise words.

Work toward whose goals or what types of goals?

Work with what level of depth? Shallow or Deep?

Work with what level of collaboration? Teams of 5 or lone wolf?

Work requiring of or advancing the doer toward what level of mastery?

Work which creates a product (like a new mode of transport) or offers a service (like 'consultancy')? 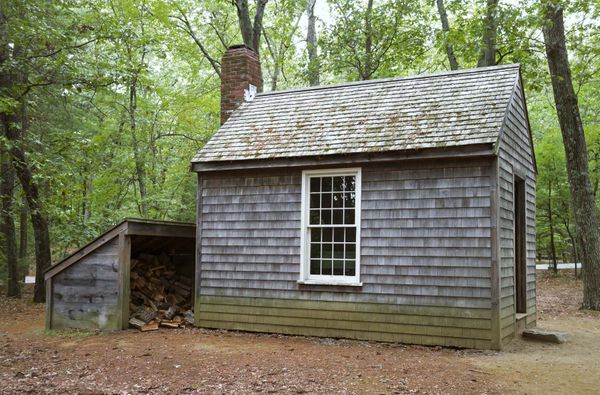 They carve their own paths, take risks, and have low ego. They're clear-eyed.